ANALYSIS OF SARFAESI ACT(2002), IN LIGHT OF RECENT DEVELOPMENT. 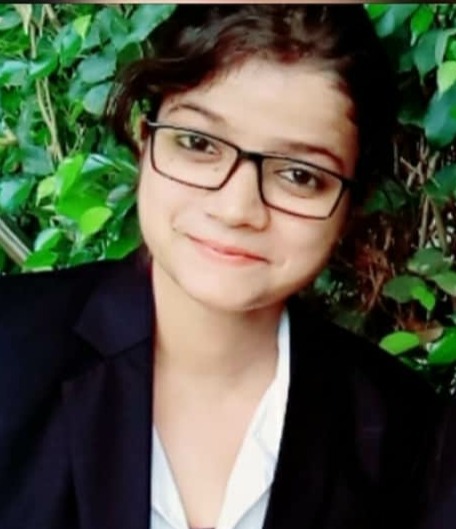 The Hon’ble Supreme Court in the recent case of Pandurang Ganpati Chaugule and others v. Vishwasrao Patil Murgud Sahakari Bank Limited[i] brought cooperative banks under stringent Sarfaesi Act, 2002 that has entitled lenders to seize and sell defaulters assets, that is to recover non-performing assets without any sort of intervention of court, in order to enhance functioning of these financial institutions. Currently, cooperative bank are included in the definition of “bank” and “banking company” under § 2(1) (c) and § 2(1) (d) of the SARFAESI Act, as a result of which now these banks cannot carry on any activities unescorted compliance of the provisions of the Banking Regulation Act, 1949 along with other legislation related to Banking that are applicable to such banks. Meanwhile, one of the moot question that was addressed by the Constitution Bench that was headed by Justice Arun in this case was whether “banking company” as defined under Section 5(c) read along with Section 56(a) of the Banking Regulation Act, 1949, which indeed is a legislation relatable to Entry 45 of List I covers cooperative banks that are duly registered under the State Cooperative Laws as well as multi- State cooperative societies? This was held in affirmative by paying due emphasis on fact that these banks does concern with people at large as it accepts money from them, that is repayable on demand or otherwise and withdrawal by cheque, draft, order or otherwise. Merely because of the fact that lending money herein is done is limited to members, they cannot said to be outside the purview of banking. They do perform commercial function, thus, are covered under “Banking” in Entry 45 of List I and thus, overruled the Greater Bombay Coop. Bank Ltd. V. United Yarn Tex (P) Ltd[ii].

As it was stated in above mentioned case that if these cooperative banks are kept outside the purview of the Banking Regulation Act, 1949, and other legislation under Entry 45 and RBI Act, no licence can be granted, and they cannot do banking as that is not permissible without compliance of various provisions as provided in the BR Act, 1949, thus they would have to close down and stop the business, which would definitely be a big loss to financial system of our country. As per the report of RBI, there are around 1,551 urban cooperative banks as on 31st March 2018 and 96,612 rural cooperative banks as on 31st March, 2017 with latter accounting for 65.8% of the total assets size of all cooperative banks. Over years these banks were exposed to extreme vulnerability, thus, this judgement itself is proves to be a boon to cooperative banks as enabling them to have SARFAESI rights , would make them get better control over handling defaults and on the negotiation table with defaulters. It brought these banks as well on equal footing with other financial institution as keeping them outside the purview of SARFAESI was an unnecessary handicap on an important part of the credit system.

SALIENT FEATURES OF THE ACT

· PROCEDURAL NATURE OF THE ACT-

This Act per se is procedural in nature as it does states method for seeking remedy of enforcement of security in secured assets directly through the secured creditor without any intervention of the court.

· RETROSPECTIVE NATURE OF THE ACT –

One of the basic feature of this particular Act is that it is retrospective in nature as its language suggest that the very intention of the framer of the Act is to even include the transaction of loan that is previously entered into but is contingent to period of Limitation Act, 1963, along with that default caused and debt is classified as non-performing on the date when Act came into force and hence makes any default in §13(2) not to lead to an contention wherein it is claimed that Act will apply only to future defaults as that would frustrate the very intention of legislature, further nullifying the effect and operation of various provisions of this Act.

· ACTION DURING PENDING OF CIVIL SUIT AND WRIT JURISDICTION

A similar action can be taken by the bank under § 13(4) of Act, even if there is any civil suit pending alongside remedy of appeal is also available therefore it is not necessary to resort to writ jurisdiction under Article 226 of the Constitution, also appeal can be heard by the debt recovery tribunal against the banks and financial institutions, if it appears that they have misused their powers, also if they are aggrieved by the order of Debt Recovery Tribunal then such person can file an appeal before the Appellate Tribunal within 30 days from the date of order.

There exist various offences mentioned under the Act, along with the designated penalties for the same and it need to be taken into account that only a Metropolitan Magistrate or judicial magistrate of first class has the power to take the cognizance and try an offence under the Securitisation Act.

· ACQUISITION OF RIGHTS AND INTEREST IN FINANCIAL ASSESTS

§5 of Act laid down the provision for the acquisition of rights or interest in financial assets of any bank or financial institution by SCO / RCO, which can be done in either of two manners:

1. Issuing a debenture or bond or any other security in nature of debenture, as agreed upon by a SCO/RCO and bank / financial institution.

2. Entering into agreement with bank/ financial institution for transfer of such financial assets.

The term enforcement of the security interest herein implies that taking possession of the assets given as security for the loan. §13 of the Act gives account of provisions for a lender that is secured creditor to take possession of the security given by the borrower, also the financial institutions are entitled to issue notice to defaulting loan takers as well as guarantors, asking them to clear the sum in arrears within 60 days from the date of issuing the notice under Insolvency and Bankruptcy Board of India. If the defaulter fails to act in accordance with the notice, the bank is entitled to enforce security.

This term implies conversion of non-performing assets into performing assets. There are multiple steps to reconstruct asset. The point to be noted in this context is reconstruction must be done in accordance with the SARFAESI Act and RBI regulations.

OBJECTIVE AND PURPOSE OF THE ACT.

SARFAESI Act, 2002, acts as a legal mechanism to insulate assets, which addresses the interests of the secured creditors (like banks). Following are the main objective of the Act-

· The act sets up foundation and architecture of legal framework required for securitisation activities in India.

· It grants financial institution and banks the ability to secure interest without any sort of intervention from the court.

· It does confer power to banks and financial institution to take over the hypothecated or charged immovable property to enforce recovery of debt.

· The financial sector act as a key driver for any country to pace its economy. Though banking industry in India has been progressively complying with international norms and accounting practices, yet the banks and financial institution do lack the power to take due possession of securities and sell them which results in slow pace of recovering defaulting loans and mounting level of NPAs. Thus, acting of the suggestions put forth by two committees, the Securitisation and Reconstruction of Financial Assets and Enforcement of Security Interest Act, 2002 came into picture, with a distinct purpose to facilitate banks and financial institutions to recover dues in a speedy manner by enforcement of security interest without intervention of the Court and to mobilise blocked funds of the banks in the form of NPAs. But there exist various provisions which though in face appear to create a balance between the requirement of the borrowers and the banks, but actually their balance favour titled towards the banks. Often these powers have been misused by the banks to appropriate their interests against the interest of the buyers. Thus, in such situation, it’s pertinent for the civil courts to assume a more social responsibility for the larger interest of the borrowers and to share the responsibilities of banks to mobilize their funds from the numerous non-performing assets. Hence, attempt to preserve the right to property of the borrower, by ensuring that there is no abuse of power by creditors provided by SARFAESI Act, should always be kept in mind.

· Sec. 17 of Act, provides for appeal by any person (including borrower), aggrieved by any of the measures taken under Sec.13 (4) by secured creditor or authorised officer, these appeal would lie before Debt Recovery Tribunals. as commonly understood word appeal lies from the order of judicial or quasi-judicial body. Thus, use of word appeal herein is inappropriate for complainant as measures were against wrongful act of secured creditor with whom relation is merely commercial arrangement.

· The powers given under “§9 in respect of assets reconstruction are in addition to the powers provided under §13 of the Act, thus is flawed. Also, empowering RBI to frame directions under § 9(a) and 9(b) could act as prejudice towards borrower as there exists huge possibility that RBI might ignore interest of Borrowers, thus there is need to explicitly set out the guidelines to use the powers, which may be used in respect of asset reconstruction rather than leaving completely upon RBI to form guidelines from time to time.”

·There is need to address various issues under the Act concerning Stamp Duty, Registration Act, Tax Law, RBI Regulations , SEBI rules as consonance between laws is very important in order to encourage the securitisation transaction in India. Also, law need to be feasible and in coherence with international standards, so that in future when this law widens its horizon then there is no any difficulty in its transition.

The Legal Framework for securitization is certainly a futuristic step and well- deserved appreciation. It is proven that out of all the recovery channel or the measures taken by the government for NPAs, this Act has proved to be most effective of all. It is expected that in future more and more transaction will be governed by the act so that the market matures and we reach at an advanced stage like developed nation, as this process will help in growth of the economy. Along with that it has to made much more effective to match up with the increasing number of cases of NPAs, else whole system might fall on its face. Certainly attention need to be paid on some loosely worded provisions in the act as mentioned above. Thus, there is need for the act to cope up with the market demands and be prepared for the finer aspects of securitization.